What are Assets in Accounting?

Definition: An asset is a resource that has some economic value to a company and can be used in a current or future period to generate revenues.

Here are some of the most common examples.

Still asking yourself, what is an asset? Let’s look at each with an example of a business formation because a company can acquire its resources in a number of different ways.

Tom and Bob are starting a machine shop that will do general fabrication. When a company is first started, it doesn’t have any resources. Thus, the Tom and Bob must invest their own money or equipment to get the company started. This initial investment is considered owner’s equity. Both Tom and Bob contribute a piece of machinery to the new company.

Once the business receives the equipment, it can start using that resource to generate income. When the company sells its parts, it receives cash. As the business brings in more jobs, Tom and Bob start to use their profits to purchases more equipment to fulfill additional orders.

Tom and Bob work throughout the year growing the business until they run out of room at their current location. They need to look for a new building, but they don’t have enough money to purchase it with the cash they have in the bank, so they get a loan. The bank lends the enough capital to purchase a building where they can keep their operations going.

In our short example, we saw three ways three different assets were acquired. First, the company acquired equipment by a contribution from its owners. Second, the company used its own assets to purchases more assets when it bought additional equipment with its cash. Third, the company took out a loan to purchase a building.

It’s important to note that nowhere in the assets definition do I say that the company must own these resources. Remember the asset definition, it’s simply a resource that the company has control of and can use to generate revenues. Many businesses have loans, notes, and leases on equipment that either directly or indirectly eliminates their true ownership of the resources, but they still have control of it.

Now that you know how assets are acquired, let’s look at how they are classified.

So what is an asset class? When assets are presented on the balance sheet, they are typically divided into different classes or categories based on when they will be used. Resources that are expected to be consumed within the current period are classified as current assets while resources that expected to be used in future periods are called non-current assets. Another class of resources is intangible assets. There resources typically consist of intellectual property. Resources that don’t fit into any of these three classes are simply called other assets.

Let’s take a look at a common list of assets and a few examples in each class.

Cash and equivalents – Cash is any currency in the possession of the business. This could be cash in a register, money in the bank, or treasure bills in a safe deposit box. These liquid assets can be used to purchase any other resource, settle debts, or pay investors.

Investments – Investments that management intends to sell in the current period are considered current resources. These investments typically consist of stocks and bonds.

Land – Property is a resource that is considered long-term in nature because it will be used over time and will not be consumed in the current period.

Buildings – A building is obviously a resourced used over time. Many companies stay in the same building for decades. Thus, it is considered a long-term resource.

Equipment – Equipment like machinery, vehicles, and furniture all has a useful life of more than one year.

Patents/Trademarks/Copyrights – These are all examples of intellectual property that a company can own or control to generate revenues over time. In fact, some of the most value assets in the world are intangible in nature. Think about Walt Disney’s Mickey Mouse or Apple’s iPhone designs.

Investments – Investments like stocks, bonds, and property that are intended to be held for more than one year are typically listed separately from the investments that management believes will sell in the current period.

Short term assets, also called current assets, are resources that are expected to be used or could be used in the current period. These resources include examples like cash and accounts receivable. Keep in mind that a company might doesn’t always use all of its cash every period, but it could. That’s what makes it short-term.

Long term assets, on the other hand, are resources that are expected to last more than one accounting period. Some examples include fixed assets, equipment, and buildings. All of these resources have longer useful lives than one period.

Tangible assets include any resources with a physical presence. Some examples include cash, fixed assets, and equipment. Some of these resources are depreciated while others are not.

Intangible assets are resources that don’t have a physical presence. You can think of these like ideas. You can’t touch an idea, but it is real and it’s a thing. Some examples include patents, copyrights, and trademarks. Most of these resources are amortized over their useful lives or periodically checked for impairment losses.

How are Assets Valued and Recorded in Accounting?

Notice when I define assets, I didn’t talk about how they were valued or recorded on the books of a company. Each resource is valued somewhat differently depending its nature and how it was acquired.

According to the historical cost principle, assets are recorded on the books at the price the company paid for them. This is true for all assets except for a few different types of investments that are adjusted to fair market value and some intangible assets that are purchased indirectly like goodwill.

Since a company depends on its resources to generate revenues, many businesses are often valued by their level of asset ownership. In other words, an investor could calculate a rough value of a business by subtracting the outstanding loans from the assets of the company to see what resources the company actually owns.

A company with more resources is generally deemed to be worth more than one with fewer resources. This isn’t always the case, however. Most investors predict return rates on assets. If the company doesn’t perform well, the company valuation could go down simply because it isn’t using its resources effectively.

Fixed assets and other long-term assets like buildings are depreciated while land is not. Other assets, like intangibles, are amortized.

Here’s a list of the most common assets in the chart of accounts. I talk about how each should be accounted for with examples and explanations in each article. 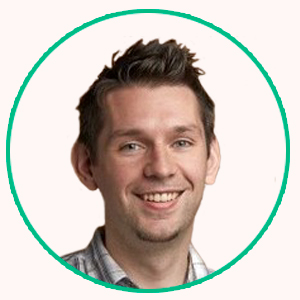 Shaun Conrad is a Certified Public Accountant (CPA) with a passion for teaching. After almost a decade of experience in public accounting, he created MyAccountingCourse.com to help people learn accounting and finance.